Belgium widened its search on Sunday for armed Islamist extremists whose presence has put Brussels on maximum alert, with officials saying more than one militant was at large in the city, according to Reuters. 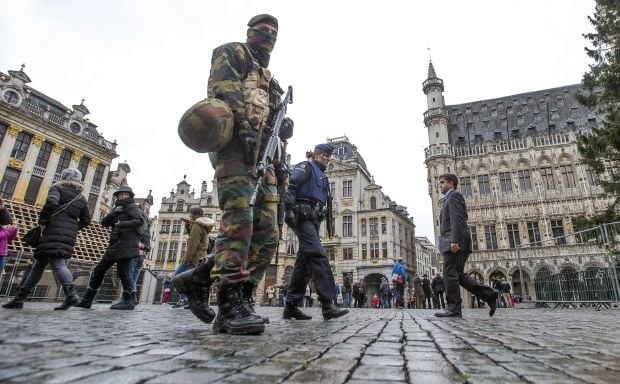 The alert has closed the capital's metro system, although a senior minister said it was likely to reopen on Monday, Reuters wrote.

Belgium has been at the heart of investigations into the Paris attacks on November 13 that left 130 people dead after links emerged to Brussels, and the poor district of Molenbeek in particular.

Two of the Paris suicide bombers, Brahim Abdeslam and Bilal Hadfi, had been living in Belgium. Fugitive suspected militant Salah Abdeslam, Brahim's 26 year-old brother, slipped back home to Brussels from Paris shortly after the attacks.

"It is a threat that goes beyond just that one person," he said. "We're looking at more things, that's why we've put in place such a concentration of resources."

Bernard Clerfayt, the mayor of the Brussels district of Schaerbeek, was quoted by broadcaster RTBF as saying there were "two terrorists" in the Brussels area ready to carry out violence.

Mohamed Abdeslam, the brother of Brahim and Salah, urged Salah in an interview on RTBF television to give himself up, adding that he believed Salah was still alive because he had had a last-minute change of heart while in Paris.

Belgium's crisis centre, a state body that advises the government on security, said on Sunday the alert status for Brussels remained at its highest level of four, meaning a "serious and imminent" threat of an attack.

The weekend's measures go far beyond those taken the last time Brussels was put on level four alert, for about a month at the end of 2007 and the start of 2008, when authorities intercepted a plot to free convicted Tunisian Nizar Trabelsi from a Belgian jail.

Then the city closed the downtown Christmas market early and cancelled its New Year fireworks display.