The Russian Ministry of Defense has confirmed that the jet downed near Turkish-Syrian border was a Su-24 fighter jet, part of the Russian airgroup. 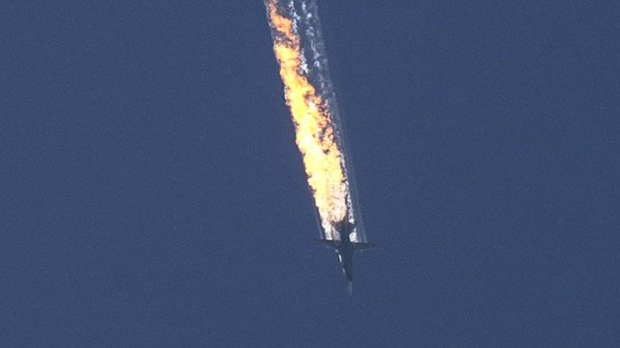 The ministry said that the plane was shot down over the Syrian territory, "presumably from the ground."

According to the preliminary data, the two pilots of a downed Su-24, managed to eject.

The Russian Defense Ministry claimed that the Su-24 "did not violate Turkish airspace; it is recorded by means of objective control", according to TASS news agency.

Read alsoTurkish warplanes take down unknown jet near Syrian borderHowever, a Turkish military official told Reuters that the F16s of the Turkish Air Force took down the jet after it violated Turkish airspace.

The fate of ejected pilots is unclear, while some foreign media report that one of the pilots may have been captured by the locals.