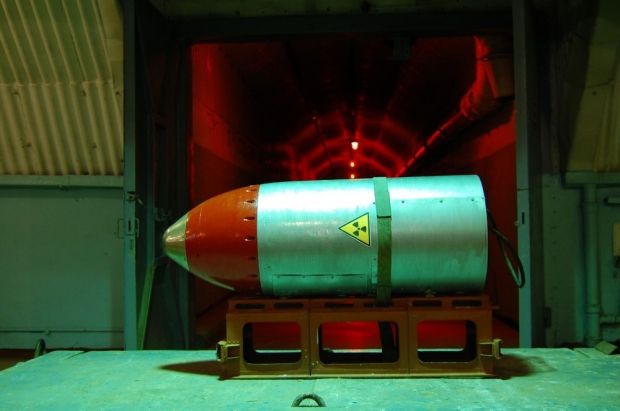 "The document is a top secret 1990 report by the President's Foreign Intelligence Advisory Board. The report was obtained by the National Security Archive at George Washington University, after a 12-year fight, and released on Oct 24," reads the article by Christofer Woolf published on PRI's The World, titled "Declassified document casts a new light on Soviet war scare in 1983."

"In 1983, we may have inadvertently placed our relations with the Soviet Union on a hair trigger," the report concluded. “Soviet leaders had changed their strategic thinking and, in fact, believed that the US was attempting to gain decisive strategic superiority in order, possibly, to launch a nuclear first strike.”

The author claims that in September 1983, a Soviet system malfunction indicated U.S. missiles were headed to the Soviet Union, and only a doubting overnight officer stopped the Soviets from launching retaliatory nuclear missiles.

Read alsoNATO boosts EU presence as Putin repeats promise to "defend" Russians abroadA war scare developed in the Soviet Union and strategic nuclear forces were put on alert, while the U.S. strategic intelligence estimates assumed the Soviet actions were all bluster and propaganda.

"But this new document indicates that the Kremlin really thought the U.S. was planning a first strike on the Soviet Union," reads the article. "In March of 1983, Reagan announced the ‘star wars’ program, designed to shoot down incoming warheads. In September, the Soviets shot down a Korean airliner that strayed into its airspace."

The U.S. would never have started World War III, according to the article. But the Soviet leadership thought otherwise, according to the PFIAB report, which stated “it is an especially grave error to assume that since we know the US is not going to start World War III, the next leaders of the Kremlin will also believe that — and act on that belief."

It appears that U.S. intelligence severely miscalculated in assessing Soviet reactions to the crisis.

"In terms of lessons for today, never assume you know what your enemy is thinking," the author concludes.