Russian President Vladimir Putin accused Turkey of shooting down a Russian warplane in order to protect the Islamic State's lucrative oil trade, the latest in a series of inflammatory statements made by Moscow against Ankara, according to RFE/RL. 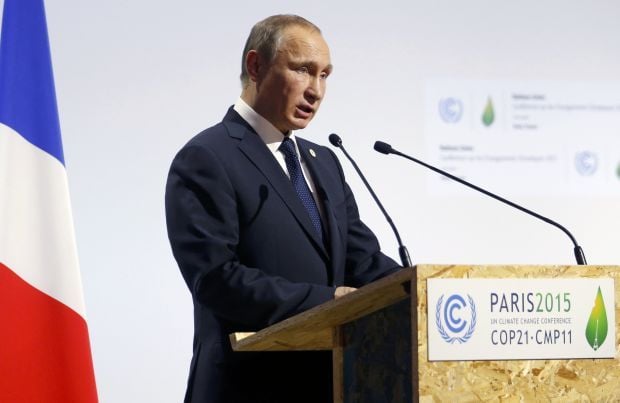 Putin's comments on November 30, on the sidelines of the Paris climate change summit, underscored Moscow's continuing anger over the incident, which resulted in the death of a Russian crewman, RFE/RL wrote.

"We have every reason to think that the decision to shoot down our plane was dictated by the desire to protect the oil supply lines to Turkish territory," Putin was quoted as telling reporters.

Turkey said its F-16 fired on the Sukhoi Su-24M jet on November 24 after it had entered Turkish airspace and that Turkish pilots had issued 10 warnings.

Russia insists the jet was flying over Syria.

A U.S. State Department spokeswoman on November 30 said evidence showed the Russian jet had violated Turkish airspace, something that was repeated by U.S. Ambassador to NATO Douglas Lute, RFE/RL wrote.

"The U.S. data I have seen corroborate Turkey's version of the event," Lute said. "The [Russian] airplane was in Turkey; it was engaged in Turkey. It has been warned repeatedly and this is not the first incursion of Russian aircraft into Turkish airspace. So all of that is corroborated by U.S. data."