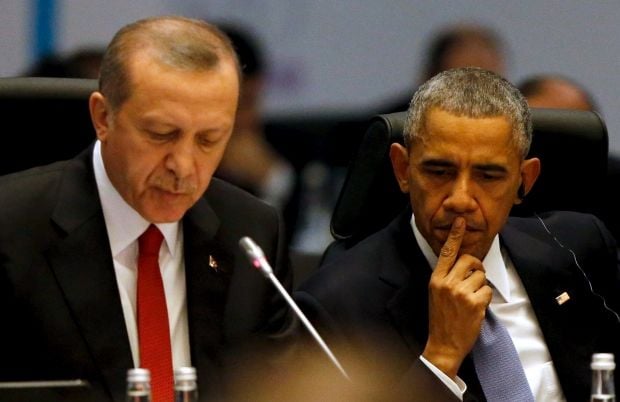 "The United States supports Turkey's right to defend itself and its air space... We discussed how Turkey and Russia can work together to de-escalate tensions" and find a diplomatic path to resolve the issue," Obama told Erdogan in Paris on Tuesday, where he has been attending the climate summit, a week after Turkish jets downed a Russian warplane along the Syrian border.

Obama said he stressed to Erdogan that the Islamic State militant group was the enemy that all sides needed to focus on, according to Reuters.

Turkish Prime Minister Ahmet Davutoglu called earlier on Tuesday for the opening of communication channels between Turkey and Russia to prevent further incidents like the downing of the warplane.

Erdogan said on Tuesday following the meeting with Obama that the two had discussed Turkish-Russian tensions.

"Our concern is to not come out badly from this, but on the contrary to turn this into peace and contribute to the peace in the region," Erdogan said.

Obama added that the U.S. was eager to accelerate work on its military-to-military relationship with Turkey to ensure its NATO ally was safe and to help resolve the conflict in Syria.