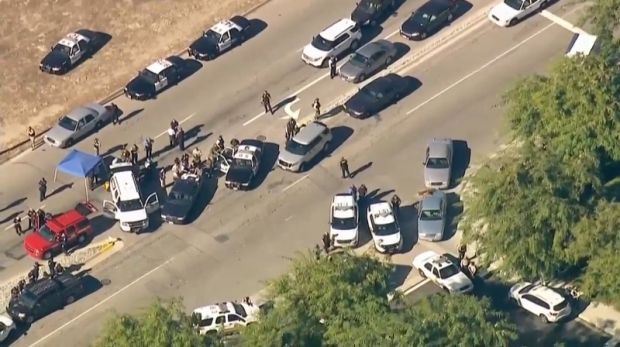 Fire officials in San Bernardino said it was responding to a "20 victim shooting incident" and it was working to clear the scene, BBC News reports.

ABC News reports that there are 12 people dead but police have not confirmed that number.

It is still a "very active scene" and police are trying to secure the building, said a police spokeswoman.

SBFD units responding to reports of 20 victim shooting incident in 1300 block of S. Waterman. SBPD is working to clear the scene.

There may be up to three gunmen, she said, and they were heavily armed and possibly wearing body armour.

One man received a text from his daughter that said she was hiding inside the building, where she works.

Terry Petit told reporters his daughter wrote to him: "People shot. In the office waiting for cops. Pray for us. I am locked in an office."

President Barack Obama has been briefed on the shooting, White House officials confirmed.

Representatives from the FBI and the Federal Bureau of Alcohol, Tobacco and Firearms are on the scene.

No arrests have been made yet.