In a speech during a visit to Baku, Azerbaijan, Prime Minister Ahmet Davutoglu again defended Turkey's action, declaring that his country cannot be "brought to its knees" by Russian economic sanctions imposed in response to Turkey's downing of a Russian warplane, according to the Associated Press. 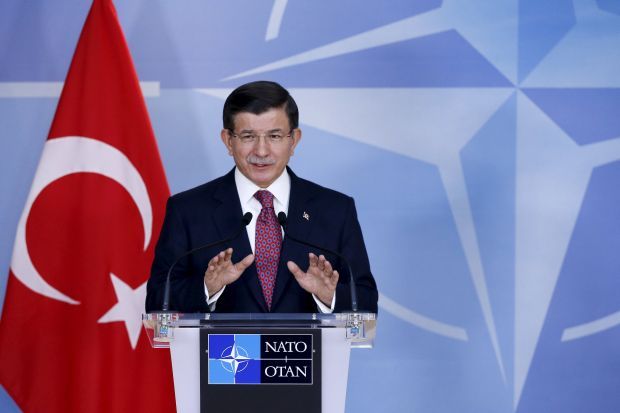 "Those who believe that economic sanctions against an honorable nation like Turkey can bring it to its knees will be mistaken," Davutoglu said, according to the report.

Davutoglu insisted Turkey did not know the nationality of the plane it downed inside Turkish air space. He suggested for the first time, however, that the plane was brought down because Turkey could not "morally" allow the plane to trespass on Turkish territory before bombing areas in Syria where ethnic Turkish populations live.

"No one can blame Turkey, no one can expect an apology from Turkey," Davutoglu said in the speech.

"We would not apologize for defending our borders."

As reported earlier, Turkey insists the plane violated its airspace despite repeated warnings. The shoot-down has triggered a bitter falling out between the two nations, which had developed robust economic ties, according to the report.

Russia has retaliated by deploying long-range air defense missile systems to its base in Syria, 50 kilometers (30 miles) south of the border with Turkey. It also imposed a number of economic sanctions on Turkey, including a ban on imports of fruit and vegetables and the sales of tourism packages. Russia also scrapped talks with Turkey on building a pipeline to export Russian natural gas to Europe.

Moscow says its warplanes have been targeting terrorist groups near Syria's border with Turkey, while Ankara says the Russian airstrikes have been aimed at moderate militant groups made of ethnic Turks who oppose Syrian President Bashar Assad's regime.