A 28-year-old Russian citizen Anatoly Zemlyanka, who is considered to be an IS militant and appears in the video of execution of another Russian citizen, has been put in the international wanted list, according to the official website of Interpol. 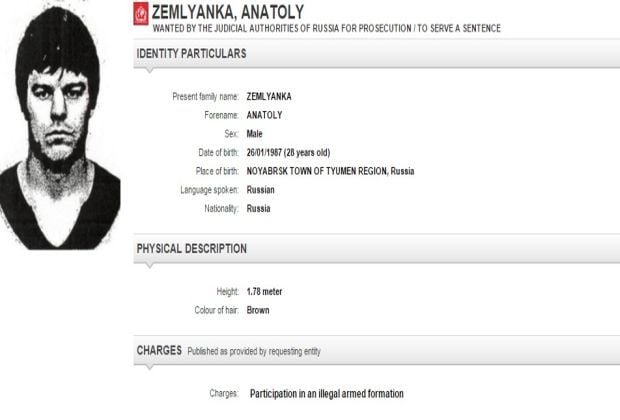 Red mark means the person wanted is a dangerous criminal

According to the report, Zemlyanka has been declared wanted at the request of the Russian authorities because of "participation in an illegal armed group."

It should be noted that the red mark next to the name and photo of the aforementioned citizen of the Russian Federation means that he was recognized as a dangerous criminal.

Read alsoEx-FSB officer to TSN.Tyzhden: Russia involved in London, Paris attacks, ISISAs reported earlier, the Islamic State terrorist organization released video of the murder of a man who called himself an agent of the Russian Federal Security Service (FSB).

Later, Head of the Chechen Republic Ramzan Kadyrov confirmed the execution of a Russian citizen by the IS militants.

In addition, as it turned out, the executor was also a Russian citizen.