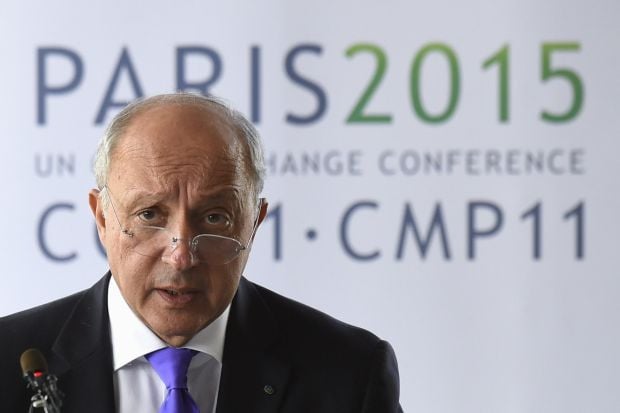 "Looking out to the room I see that the reaction is positive, I see no objections. The Paris agreement is adopted," President of the UN climate conference of parties (COP) and French Foreign Minister Laurent Fabius said, according to BBC News.

Earlier, key blocs, including the G77 group of developing countries, and nations such as China and India said they supported the proposals.

The agreement is partly legally binding and partly voluntary.

• To keep global temperature increase "well below" 2C (3.6F) and to pursue efforts to limit it to 1.5C

• To review progress every five years

• $100 billion a year in climate finance for developing countries by 2020, with a commitment to further finance in the future.

COP 21 was the 21st session of the Conference of the Parties, seing more than 190 nations gathered in Paris to discuss a possible new global agreement on climate change, aimed at reducing greenhouse gas emissions to avoid the threat of dangerous warming due to human activities.