A Russian warship fired a warning shot at a Turkish ship in the Aegean Sea this morning, raising tensions further between the two nations, according to The Sunday Express. 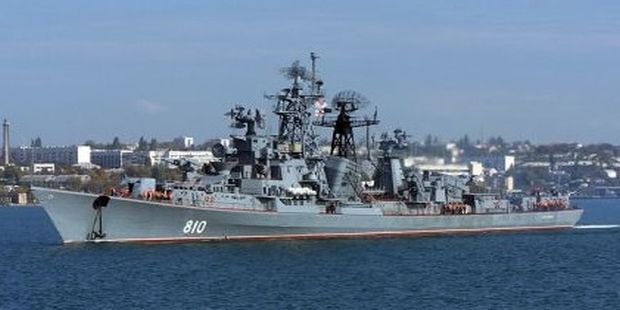 Russia said the shots were fired at a Turkish shipping vessel in order to avoid a collision, the report reads.

They said in a statement that the Turkish boat had approached to 600m.

The Russian ship was unable to make radio contact and the Turkish vessel did not respond to flares or visual signals.

The statement said: "Despite numerous attempts by the crew of the Smetlivy, the crew of the Turkish fishing boat did not make radio contact and did not respond to visual signals by semaphore or warning flares."

"Small arms were fired in the direction of the Turkish vessel from a range that is not lethal."

The Turkish military attache in Moscow will now meet the Russian foreign ministry to discuss the matter, which occurred at around 06:00 (GMT).

This latest incident has occurred just weeks after Turkey downed a Russian fighter jet in controversial circumstances over Syria.

A Russian pilot was killed as he parachuted to the ground following the attack last month, while a rescuer also died during an operation to save the other pilot.

Turkey say that the Russian jet entered their airspace despite receiving ten warnings in five minutes, while Russia say that they did not cross the border and no warnings were received.