France's far-right National Front (FN) has failed to win a single region in the second round of municipal elections, the BBC has reported. 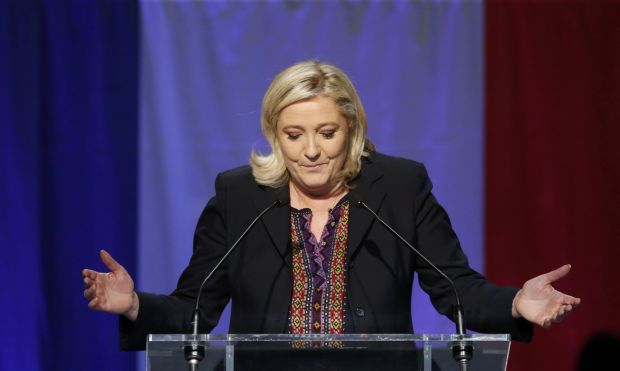 The party was beaten into third place, despite leading in six of 13 regions in the first round of voting on December 6, according to the BBC.

Nicolas Sarkozy's centre-right Republicans finished ahead of the ruling Socialists.

And she blamed the outcome on the mainstream parties which had colluded to keep the FN from power, telling her supporters they had been "disenfranchised in the most indecent of ways by a campaign of lies and disinformation".

Marine Le Pen stood as a regional presidential candidate in the northern region of Nord-Pas-de-Calais-Picardie, while her niece Marion Marechal-Le Pen was the FN's candidate in the race in Provence-Alpes-Cote d'Azur, in the south.

After both led with more than 40% of the vote in the first round on November 6, the Socialist candidates in those regions pulled out so their voters could support Republican candidates against the FN in the second round.

Marine Le Pen secured 42.2% of the vote in the second round in her region against the centre-right's 57.8%.

Marion Marechal-Le Pen took 45.2%, compared with 54.8% for her Republican rival.

Despite the defeat, the 26-year-old urged FN supporters to "redouble our efforts."

"There are some victories that shame the winners," she said.