There is a threat of escalation of existing conflicts and the emergence of new conflicts due to several reasons, including chronic contradictions between countries, Chief of General Staff Valery Gerasimov told a briefing for foreign military attaches on Monday, according to Russian news agency TASS. 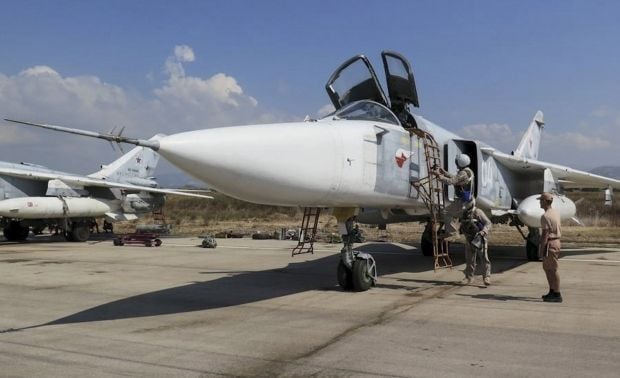 Problems of global and regional security are piling up, first of all, due to expanding international terrorism and extremism, Gerasimov said, TASS wrote.

He also reminded about NATO's "unfriendly policy" and the threat of disruption of strategic balance due to emergence of new weapons and establishment of the global missile defense system.

"NATO's military policy that has an unfriendly character against Russia arouses concerns," Gerasimov said at a briefing for foreign military attaches.

"The alliance continues activity on spreading its military presence and increases activity of military forces of the bloc along the perimeter of borders of the Russian Federation," he explained.

The problem of violating the current strategic balance of forces is growing amid the development of the global missile defense system and new means of military struggle, including hypersonic weapons, he said.

Another important problem was that participants of international relations used economic, political and informational instruments, protest potential of the population, extremist organizations and private military companies, he noted.

"Among the problems that remain relevant are illegal distribution of weapons of mass destruction, trans-border crime and drug trafficking, separatism, uncontrollable migration and xenophobia," Gerasimov said.

"The aggregate of aforementioned reasons, as well as chronic inter-state contradictions, creates a threat of emergence of new conflicts and escalation of existing conflicts. Unfortunately, their number does not decrease but only grows," he said.