New Zealanders have chosen a new flag design that could replace their current flag featuring the British Union Jack, according to NHK World News. 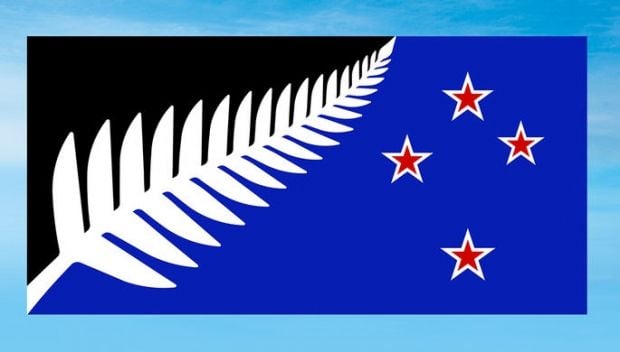 The country's election commission on Tuesday announced the result of the first part of a two-phase national referendum, the report says.

The winning design was chosen from five candidate designs that were narrowed down from more than 10,000 entries.

It was created by an Australia-based designer and features red stars in a Southern Cross formation, and a silver fern against a black and blue background. The silver fern design is also used for uniforms worn by the All Blacks rugby team.

The first round of the referendum began on November 20 and closed on Friday.

The election commission says voter turnout was about 1.5 million people, or 48% of registered voters.

People will decide in the second part of the referendum next March whether the winning design should become their new national flag.