Dutch police fired warning shots to disperse a protest over plans to house asylum-seekers in the small town of Geldermalsen, the Netherlands, according to Deutsche Welle. 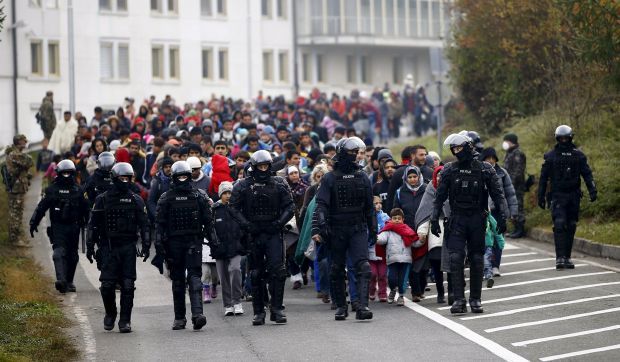 Riot police in Geldermalsen fought bottle-throwing youths into the early hours of Thursday and made "numerous arrests." No serious injuries were reported, DW wrote.

Dutch national broadcaster NOS, said around 2,000 people joined the protest in the town of 27,000 near Utrecht.

A meeting of the town's council to decide whether to construct housing for 1,500 asylum seekers was halted midway through after rioters forced their way into the chambers.

Police evacuated the building and Geldermalsen Mayor Miranda de Vries wrote on Twitter that she had escaped the violence safely.

"There will be no more meetings," de Vries wrote.

The violence was the starkest display of anti-migrant sentiment in the Netherlands since a Syrian refugee center was attacked in October.

Thousands of refugees have entered the Netherlands this year as part of the massive influx of people arriving in Europe. But their arrival has caused a xenophobic backlash that's playing out in national politics and on the streets in the Netherlands as well as other European countries.