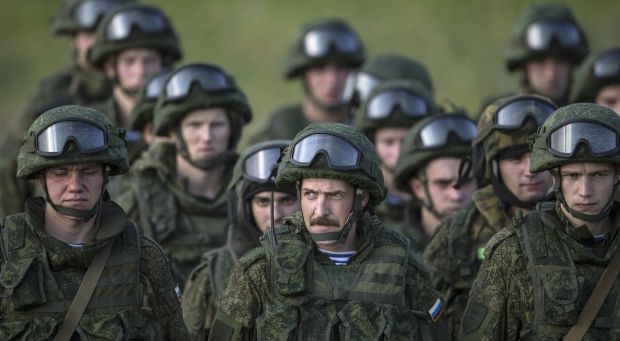 "We have never said there are no people there who are engaged in solving certain issues, including those in the military sphere, but this does not mean that there are regular Russian troops. You should feel the difference," Putin said at a press conference in Moscow on Thursday, answering a question from an UNIAN correspondent about Russian military personnel entering Donbas.

"I will not name this unit, but it is part of the Russian armed forces," he said, mentioning that their military hardware was marked with number 29.