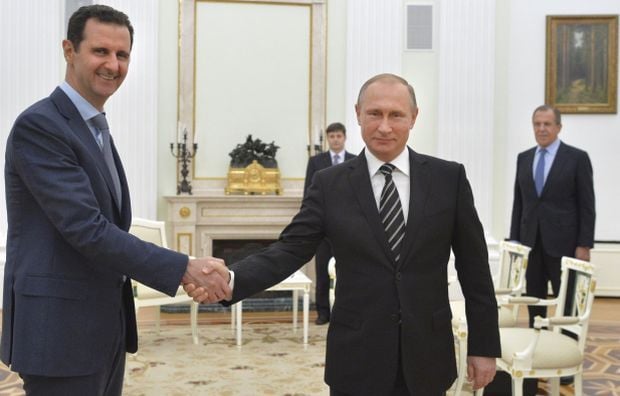 "What you've got is a move that will end up with Assad going," a senior Western diplomat said on condition of anonymity, Reuters reports.

"And the Russians have got to the point privately where they accept that Assad will have gone by the end of this transition, they're just not prepared to say that publicly," he added.

Read alsoU.S. Secretary of State Kerry in Moscow, major differences on Ukraine and Syria remainThe United States, Russia along with Iran, Saudi Arabia and major European and Arab powers have agreed on a road map for a nationwide ceasefire, to have six months of talks between Assad's government and the opposition on forming a unity government to begin in January, and to have elections within 18 months.

There will be a third round of talks in New York on Friday at which U.S. Secretary of State John Kerry, Russian Foreign Minister Sergei Lavrov and over a dozen other ministers will aim to keep up the momentum to get a deal to end the war.

U.S. and European officials say that Assad cannot run in any elections organized along the lines major powers agreed in the two previous ministerial meetings in Vienna.

Read alsoVienna talks yield result, set target date for Syria electionsDespite the narrowing of disagreements, there is still a deep divide in the negotiations on ending Syria's five-year civil war, diplomats and officials close to the talks said on condition of anonymity.

"Gradually the gap is narrowing but there is still a big gap," said one senior Western diplomat. "There are still countries that think Assad is the solution to fighting Daesh (Islamic State), which is the complete opposite of our view."