Kurdish forces backed by coalition air strikes have repulsed the most serious attack by Islamic State group in Iraq in five months, U.S. officials say, according to BBC News. 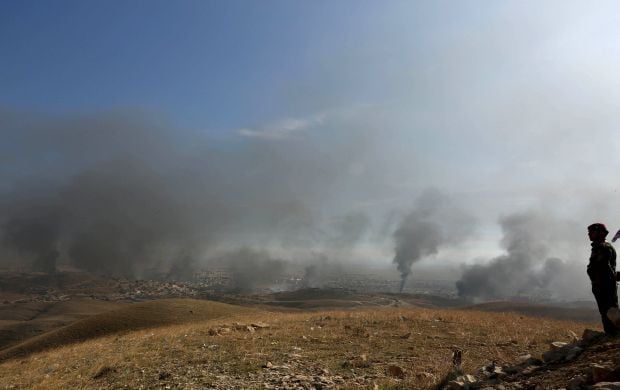 IS militants mounted a co-ordinated assault on several locations near the northern city of Mosul on Wednesday, BBC News reports.

About 180 IS fighters were killed in the strikes that continued until Thursday morning, the U.S. officials said.

Meanwhile at the UN the 15-member Security Council adopted a resolution aimed at starving IS of funds, according to the report.

It urges countries to "move vigorously and decisively to cut the flow of funds" to IS, such as by preventing its smuggling of oil and antiquities.