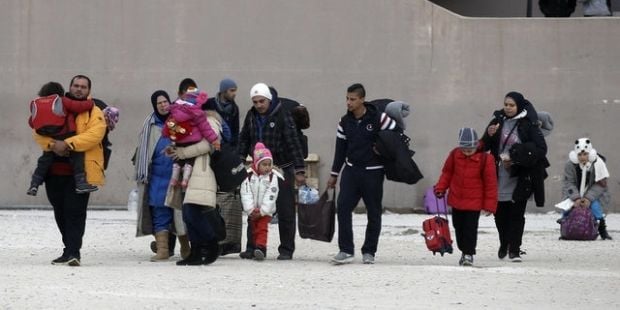 The report by the Luxembourg government, in its current capacity as president of EU ministerial councils, said about 4,000 people a day arrived from Turkey since the accord on November 29, a "slight reduction" from the 5,000-6,000 seen earlier in that month, Reuters says.

But this was not necessarily due to Turkish action, as noted.

"This decrease may, however, also be attributed to other factors," said the report, seen by Reuters.

The report is the first attempt by the EU to evaluate the effectiveness of its strategy to try reduce migration by getting Turkey to tighten its borders in return for aid and other sweeteners.

At the same time, human rights activists criticize Turkey for the poor treatment of Syrian refugees. On December 16, the international human rights organization Amnesty International published a report claiming migrants who reached Turkey have since been forced back into dangerous war zone in Syria and Iraq.

Read alsoEU, Turkey agree deal to stem migrant crisisSince September, in parallel with EU-Turkey migration talks, the Turkish authorities have rounded up and herded scores – possibly hundreds – of refugees and asylum-seekers onto buses and transported them more than 1,000 kilometres to isolated detention centers where they have been held incommunicado,the report says.

As earlier reported, the EU and Turkey concluded on November 29 an agreement according to which Ankara agreed to help stop the migrant influx to the European Union in exchange for financial support, visa regime simplification and resumption of negotiations on accession to the EU.

The European Union has allocated EUR 3 billion in aid to Ankara to help Turkey manage the refugee crisis.