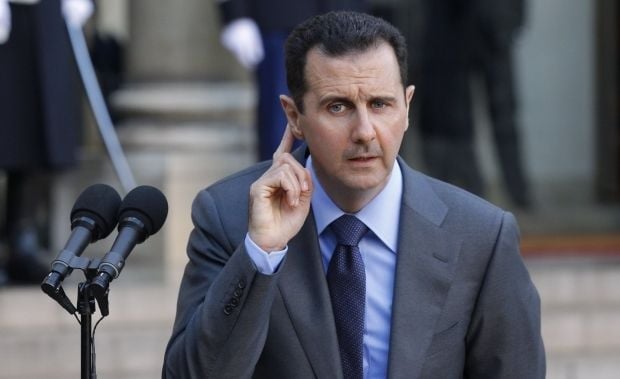 "The Western policy today towards Syria is "we need to isolate this state, that president, so we cannot deal with him." Okay, you cannot reach anything then," he said, SANA reports.

According to Assad, Syria is a sovereign country and only Syrians can decide who will be their president, who's going to stay or not.

"Whether they have a good president or bad president, this is a Syrian issue, it's not European. The Europeans have nothing to do with such a thing. That's why we don't respond. We don't care about it," he said.

"If the Syrian people don't want me to stay, I have to leave right away, today," Assad said.

Read alsoRussia open to Assad's ouster after Syria transition: diplomatsHe reiterated that the choice of power in the country is a Syrian issue.

"Whether it's Obama or the United States or Europe or any country, we don't care about it. As long as the Syrians want this president or any other president to be in power, he will be there. So, to say that he's leaving now or leaving in six months or six years, it's not their business, very simply."

"If the Europeans are serious in solving the problem in Syria, they have to go and work to stop the flood and the flowing of terrorists and the money and logistic support, armaments, through Turkey. That's what they have to do," Assad said.