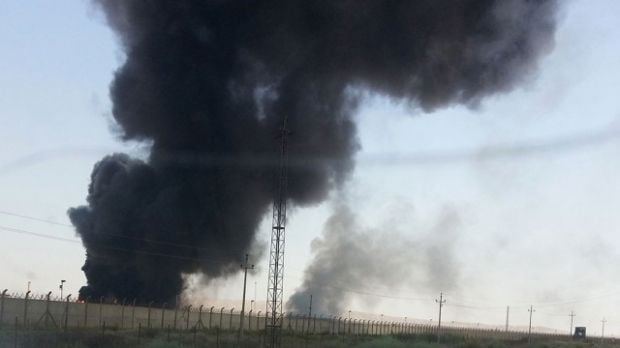 Iraq's Defense Minister Khaled al-Obeidi said the incident on December 18 "occurred as coalition air forces were covering the advance of army ground troops near Fallujah because the Iraqi Army helicopters were not able to fly due to the bad weather," RFE/RL reports.

U.S. Defense Secretary Ash Carter said on December 19 that the American air strike that may have killed a number of Iraqi soldiers seems to be "a mistake that involved both sides."

He spoke to reporters during a visit to the USS Kearsarge in the Persian Gulf.

The Pentagon said earlier that it was investigating the incident. It called the bombing the first case of friendly fire in Iraq involving the coalition during the course of Operation Inherent Resolve, which is aimed at combating the Islamic State extremist group.

The Pentagon said the air strikes were conducted at the request of Iraqi security forces and using information they provided.