Human Rights Watch (HRW) has accused Moscow and Damascus in the use of cluster munitions in the territory of Syria. 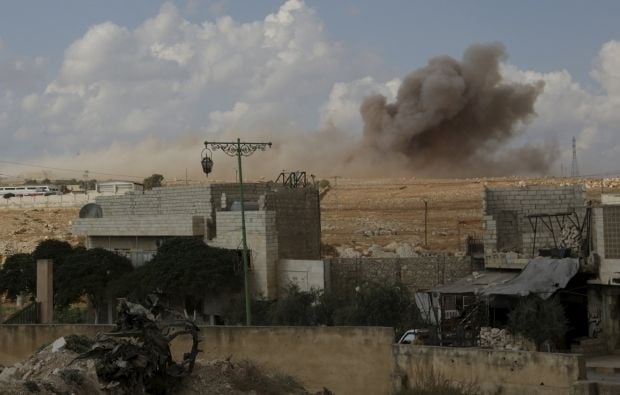 Through a review of photographs and videos posted online, as well as interviews with local residents, Human Rights Watch identified seven types of air-dropped and ground-launched cluster munitions recently used in the northern Syrian provinces of Aleppo, Hama, and Idlib, the report says.

Read alsoSuspected Russian warplanes kill scores in Syrian city: rescue workersHuman Rights Watch has determined that Russian or Syrian forces were responsible for the attacks. Armed opposition groups do not operate aircraft, which means that Russian or Syrian government forces were responsible for the air-dropped cluster munitions. The four types of ground-fired cluster munitions used recently were launched from large vehicles that are complicated to operate and have never been seen in the possession of armed opposition groups. For several attacks using the 9M55K cluster munition rocket, geo-located video footage shows that the rockets were fired from the base of the Zeyn al-Abedeen mountain, just north of Hama city, in an area controlled by the Syrian military.

Human Rights Watch has not been able to determine whether Russian or Syrian forces were responsible in individual cases, as they use many of the same weapons and frequently conduct their operations jointly.

Read alsoThe Guardian: Ten children among 45 civilians killed by Syrian regime strikesThe appearance of cluster munitions produced more recently than the ones used before the Russian air campaign began – including two that have not been documented in use in Syria before – combined with recent extensive cluster munition use, suggest that either Russian aircraft dropped them or Russian authorities recently provided the Syrian government with more cluster munitions, or both, Human Rights Watch said.