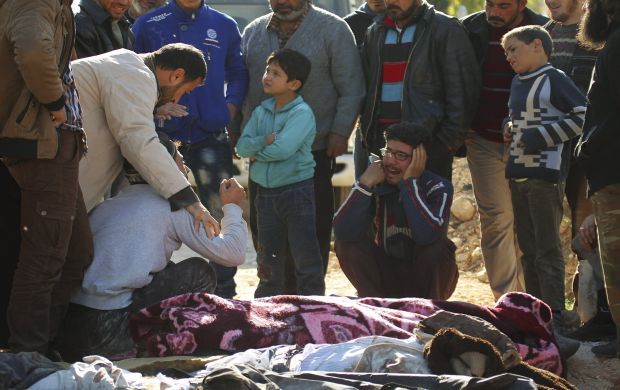 Moadamiyet al-Sham, also known as Moadamiya, has been under major attack by regime army this week after the collapse of a fragile truce with rebels and more than two years of suffocating siege.

The Bashar al-Assad regime was responsible for the sarin chemical attack at Eastern and Western Ghouta near Damascus, on August 21, 2013, where more than 1,500 people had been killed, including dozens from Moadamiya town.