TASS: Murderer of polar bear in Russia's Arctic may face up to 7 years in jail 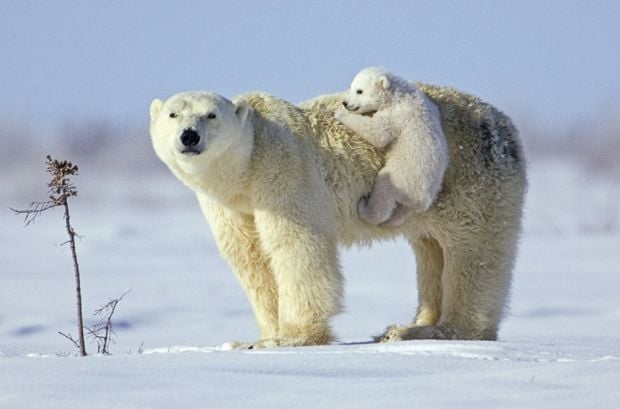 The young bear is now believed to be orphaned / Photo from ska4aty4-ru.1gb.ua

"Such crimes envisage up to seven years imprisonment," Gudkov told TASS while commenting on a video of a cruel murder which went viral in social media on Wednesday.

"From our side we will do our utmost to investigate the case as soon as possible to punish those guilty of it," he said.

The ministry learned about the crime from the footage that became available on Facebook and other social networks on Wednesday. "We were shocked and outraged at it, such actions go in no compliance with the common sense," Gudkov said.

Russian Natural Resources and Ecology Minister Sergey Donskoy made a request to the Russian Prosecutor General Office in order to initiate an investigation into the killing of the animal, TASS wrote.

Earlier on Wednesday, the Russian Natural Resources and Ecology Ministry received the video record of the cruel murder of a polar bear, one of the species under the threat of extinction.

The female bear was being fed by a male cook, so regularly appeared at the site on Wrangel Island, where Russian President Vladimir Putin is establishing a military presence.

The bear had a cub, which she often brought with her to be fed, although not on this occasion and the young bear is now believed to be orphaned, according to The Daily Mail.

"The author of the video says that one day the cook hid a thunder flash inside something tasty and fed it to the bear just for fun," it wrote.

The polar bear is on the International Union for Conservation of Nature Red List of Threatened Species. The Russian polar bear population is estimated at 5,000-7,000 animals living along Russia's Arctic coast.