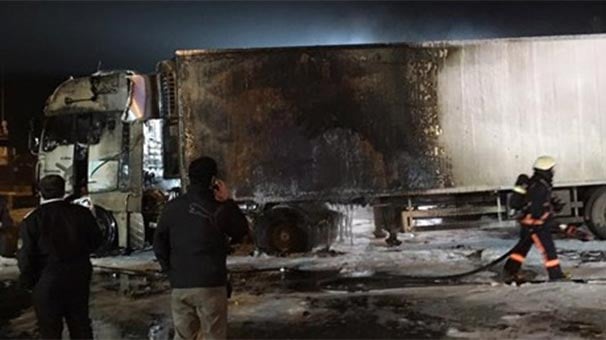 The truck reportedly had a Ukrainian license plate / Photo from twitter.com/140journos?

The incident occurred while the battery of the vehicle was being loaded at the parking lot, the Turkish agency said.

Police, ambulances and fire brigade were dispatched to the scene quickly. The driver of the truck was slightly injured in the explosion.

Police have launched an investigation into the incident.

The truck reportedly had a Ukrainian license plate, according to Milliyet. Early reports say that the explosion occurred after the truck had caught fire.

Blasts that took place at the port of #Haydarpaşa at Istanbul have been reported to be a fuel tank explosion. pic.twitter.com/JlEnUsngBx

Later reports said that the first explosion was followed by a number of blasts. Witnesses say there were five of them.