An earthquake of moderate intensity rocked India’s northeastern states and adjoining Myanmar, Bangladesh and Bhutan on Monday morning, officials said, according to The Indian Express. 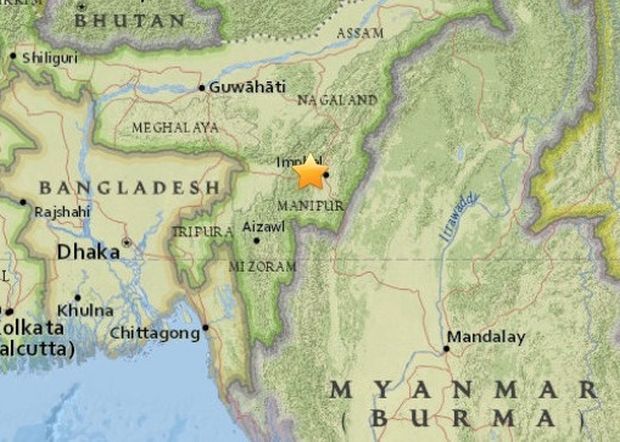 "The quake, measuring 6.7 on the Richter Scale, occurred at 4.37 a.m and had its epicenter in Manipur’s Tamenglong district," said an official of the regional seismological center in Meghalaya, according to the report.

In India, six people died due to injuries and at least 35 people were injured in Imphal, where a building collapsed. The number of those injured is likely to rise, as reported.