DW: A 'new dimension' of sexual assault in Cologne 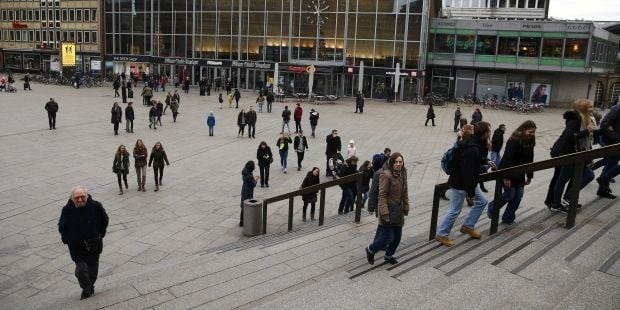 By Tuesday, the number of criminal complaints of sexual assault and robbery filed with the Cologne police department had risen to 90, while one rape was also reported. The victims mostly described the men as being of Arab or North African appearance, Deutsche Welle reported.

The assaults are all the more shocking because they happened in one of the city's busiest spots – thousands of commuters and tourists cross the square beneath the towering cathedral every day.

Both Chancellor Angela Merkel and Justice Minister Heiko Maas condemned the assaults, the latter describing the incident as a "completely new dimension of organized criminality."

The state's police union leader Arnold Plickert said there had been similar incidents in Hamburg and Stuttgart on New Year's Eve, though to a much lesser extent.

Calling the crimes "a massive attack on basic rights," Plickert said he was not aware of anything like this happening before in Germany, but he warned against exploiting the incident to stir up anti-refugee sentiment.

But reaction to the incident was swift on social media, with many linking the events to Germany's refugee influx.

The police is currently analyzing footage from surveillance cameras as well as from photos and videos victims and witnesses took on their smart phones. But the police say it was impossible to catch perpetrators at the scene since the square was too crowded for victims to recognize the men.

For months, Cologne police has had an eye on groups of young North African pickpockets operating in Cologne in groups of three or four. A big organized group like the one on New Year's Eve, however, is something "totally new," police investigators said.