David Bowie, a music legend who used daringly androgynous displays of sexuality and glittering costumes to frame legendary rock hits "Ziggy Stardust" and "Space Oddity," has died of cancer, according to Reuters. 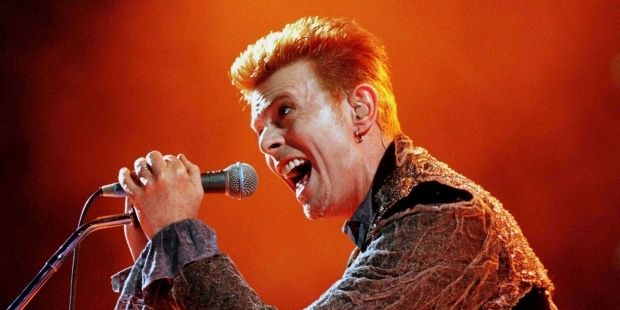 Born David Jones in the Brixton area of south London, Bowie took up the saxophone at 13. He shot to fame in Europe with 1969's "Space Oddity."

But it was Bowie's 1972 portrayal of a doomed bisexual alien rock star, Ziggy Stardust, that propelled him to global stardom. Bowie and Ziggy, wearing outrageous costumes, makeup and bright orange hair, took the rock world by storm.

Bowie said he was gay in an interview in the Melody Maker newspaper in 1972, coinciding with the launch of his androgynous persona, with red lightning bolt across his face and flamboyant clothes.

He told Playboy four years later he was bisexual, but in the eighties he told Rolling Stone magazine that the declaration was "the biggest mistake I ever made," and he was "always a closet heterosexual."

The excesses of a hedonistic life of the real rock star was taking its toll. In a reference to his prodigious appetite for cocaine, he said: "I blew my nose one day in California," he said. And half my brains came out. Something had to be done."

Bowie kept a low profile after undergoing emergency heart surgery in 2004 but marked his 69th birthday on Friday with the release of a new album, "Blackstar," with critics giving the thumbs up to the latest work in a long and innovative career.

British Prime Minister David Cameron tweeted: "I grew up listening to and watching the pop genius David Bowie. He was a master of re-invention, who kept getting it right. A huge loss."

Steve Martin from Bowie's publicity company Nasty Little Man confirmed the Facebook report was accurate. "It's not a hoax," he told Reuters.