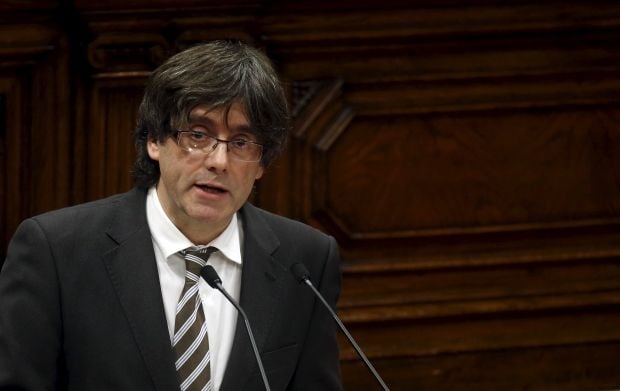 Puigdemont was sworn in late Sunday, after months of quarrelling between the separatist parties holding the majority in the regional parliament. The lawmakers only had until Monday to choose a new Catalan leader, in order to avoid going back to the polls, DW reports.

"We begin an extremely important process, unparalleled in our recent history, to create the Catalonia that we want, to collectively build a new country," Puigdemont told the parliament.

He added that Catalonia would need to negotiate with the Spanish state, the European Union and the international community to achieve this goal.

The pro-independence lawmakers agreed on an 18-months "roadmap" to full independence in November. The conflict, however, arose around the previous separatist leader Artur Mas, when the far-left CUP party refused to back him over his support for austerity and corruption scandals linked to his party.

In a last minute move, Mas agreed to step aside on Saturday and proposed the lesser-known Puigdemont as his successor.

The Spanish newspaper El Pais quoted Puigdemont, a 53-year old journalist and mayor of the Catalan city of Girona, as saying he wants to "chase the invaders out of Catalonia."