Several people have been killed in an explosion in a district of Istanbul popular with tourists, Turkish media reports say, according to the BBC. 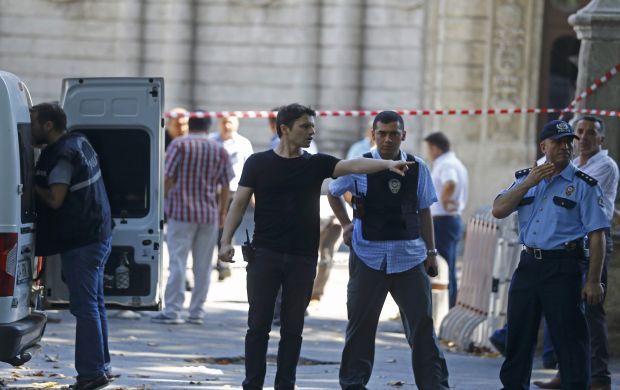 The explosion occurred just after 10:00 local time (08:00 GMT) in the city's historic Sultanahmet district, close to the Blue Mosque, the BBC wrote.

Ambulances rushed to the scene and police have sealed off the area.

Some local reports suggest the explosion was caused by a suicide bomber.

The BBC's Mark Lowen in Istanbul says in recent months there have been sporadic attacks by a far left wing group in Istanbul, while violence has soared between Turkish forces and PKK Kurdish militants, mainly in southeast Turkey, after a ceasefire broke down.

Turkey has also been hit by bomb attacks blamed by prosecutors on the so-called Islamic State group. Two suicide blasts in the capital Ankara in October killed more than 100 people and more than 30 people were killed in an attack near the border with Syria in July.

At the same time, according to Reuters, at least eight people were killed after an explosion rocked a central Istanbul square on Tuesday, and several others were wounded.