A car bomb blast has hit a police headquarters in south-eastern Turkey, killing five people and injuring at least 36, local media say, according to the BBC. 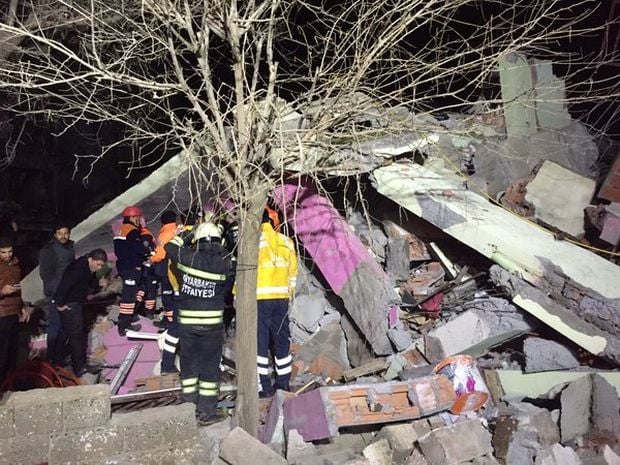 A woman and a baby are reported among the dead. Rescuers are searching through the rubble at the scene in Cinar district, Diyarbakir province, the BBC reported.

Officials blamed the blast on Kurdistan Worker's Party (PKK) militants, who are active in the mainly Kurdish province.

No group has so far said it carried out the attack.

The bomb was detonated at the entrance of the police building, Turkish media say. The blast also damaged nearby residential buildings.

The attackers then reportedly fired rockets at the headquarters.

Diyarbakir province has seen violent clashes between PKK separatists and the Turkish army in recent months.

Last year, the city of Diyarbakir and a number of other areas in the south-east were put under curfew as part of a security crackdown.

This followed a bomb blast that left 16 soldiers dead and a rebel ambush that killed 14 police officers - both incidents in the east.

A ceasefire between the army and the PKK collapsed in July, and Turkish jets have since bombed PKK bases in northern Iraq and the army launched a ground operation there.

Turkey is also part of a US-led coalition that has been carrying out air strikes against Islamic State (IS) militants in Iraq and Syria.

However, Ankara has been accused of hitting mostly PKK targets, angering Kurds who are themselves fighting IS in the two countries.