China may enter war against IS

China's military may send troops to join the global conflict against Islamic State terrorists, according to defense officials, according to The Washington Times. 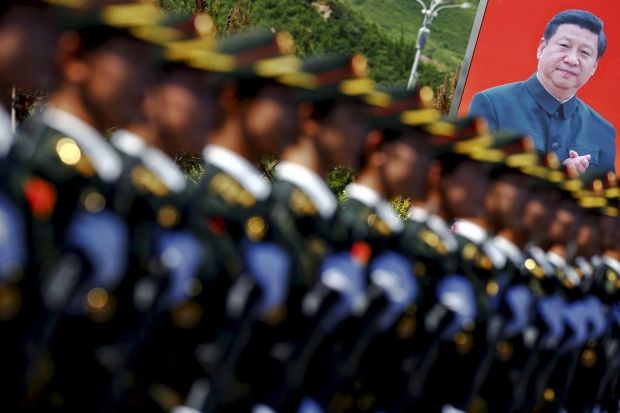 Beijing is said to be concerned about the growing number of Chinese-origin terrorists who have joined the Islamic State, also known as ISIL and ISIS, as reported by The Washington Times.

"The real question is whose side will they be on," said one defense official familiar with internal discussion of the Chinese military role.

Rather than cooperating with the U.S.-led military coalition now operating against the Islamic State in Syria, Iraq and other locations, the Chinese military is more likely to join forces with Russia's military, currently engaged in a large-scale bombing campaign in Syria.

Russian airstrikes in recent months have targeted Islamic State targets but also have included other rebels in Syria opposing the Syrian regime of President Bashar Assad.

China is said to be concerned that the Islamic State is moving into western China, specifically Xinjiang province, where Muslim Uighurs in the past have joined Islamist terrorist groups like Islamic State rival al Qaeda.

China has used its counterterrorism rules to crush not only Islamist terrorists but also dissident Uighurs and others who are seeking independence from Beijing.