In 2016, ESA will refuse Soyuz launchers in favor of the Ariane-5 to deliver Galileo satellites to the orbit. 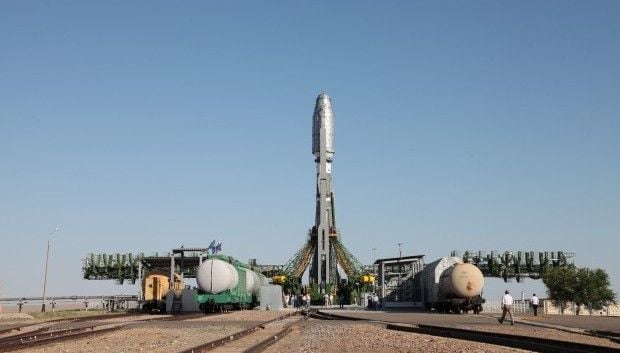 Soyuz to be replace with Europe’s own Ariane-5 heavy class launcher / roscosmos.ru

The European Space Agency (ESA) renounces in 2016 the use of Russian a Russian Soyuz-ST carrier rocket in bearing the European Galileo satellite navigation system to the orbit, according to ESA chief Johann-Dietrich Woerner, TASS reports.

The preference will be given to Europe’s own heavy-lift Ariane-5 launcher, Woerner said at a Friday’s press conference.

The launch from the French Guiana Space Center is scheduled for October. The heavy class Ariane-5 can bring four satellites in one trip, while Soyuz was only able to deliver two satellites in a single launch.

If all goes according to plan, the Galileo satellite constellation is expected to be completed in 2020. According to Didier Faivre, Galileo program director with the European Space Agency (ESA), the full-scale operation of the system will begin after 24 satellites have been inserted into orbit. However, the agency has ordered 26 satellites already now, with the number to increase up to 30 in the future. "We want six backup satellites," Faivre said. A large-scale program like that certainly calls for substantial investment. To date, the European Union has spent over 5 billion euros on the Galileo program, with 7 billion euros more expected to be set aside for this purpose until 2020.