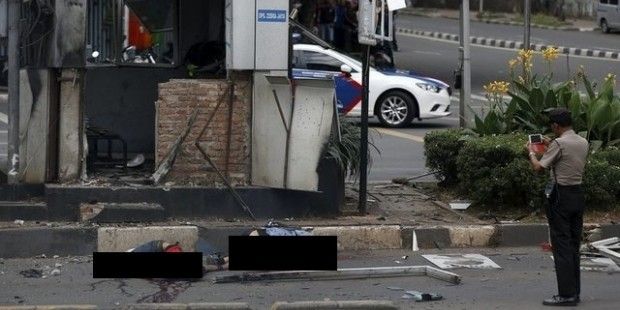 While America slept, terrorists struck in Jakarta on Thursday, and their multi-pronged attack hit, most dramatically, a symbol of the United States: a Starbucks coffee shop, Dickey wrote in his article.

Despite bombs going off, a hostage-taking, and an extended gunfight with Indonesian police around Thamrin Street (near several embassies, luxury hotels, and the offices of the United Nations), casualties were fairly low by the standards of modern terrorism. Initial reports say seven people died, including five attackers, which would seem both a credit to the response of the Indonesian authorities and a reflection of the killers' ineptitude.

A website linked to the so-called Islamic State claimed responsibility in the name of the putative caliphate for the attack, "targeting foreign nationals and the security forces charged with protecting them in the Indonesian capital."

Back in November, police reportedly picked up ISIS chatter about a "concert" planned for Indonesia, and perhaps 100 Indonesian citizens are believed to have joined ISIS's ranks in Syria.

But the particular affiliations of the madmen are less important than their method in this case. The siege by squads of terrorists using assault rifles and low-grade explosives to slaughter innocent people at cafes, stadiums, hotels, shopping malls, and such has become standard operating procedure for violent extremists all over the map.

Indeed, these types of operations have grown so common that Western counterterror analysts have given them a new label: MTFAs, or Marauding Terrorist Firearms Attacks.

Last month there was San Bernardino, and the month before that the horrific carnage in Paris in November following on the Charlie Hebdo and kosher supermarket killings in January. 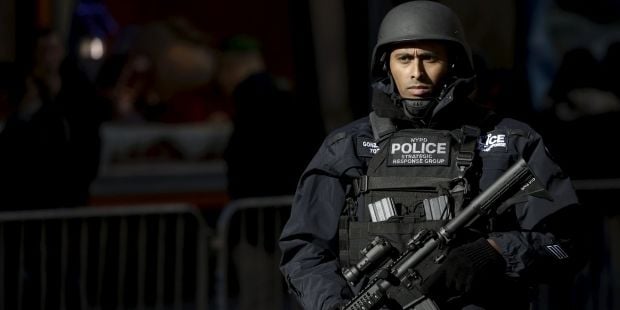 Other MFTAs, to name but a few, would include the beach attack in Tunisia in June that killed 38 people, 30 of them British; the Westgate Mall attack in Nairobi in 2013 (67 dead), carried out by al-Shabaab; and the first really ferocious multi-prong attacks, in Mumbai in 2008, when Lashkar-e-Taiba operatives killed 168 people.

It's not always ISIS, but such operations have "created the feeling that there's a global threat that may pop out anywhere without any significant target," says Gilles Kepel, a French expert on radical Islam. The marauders, it seems, could be anywhere. And that would be right in line with the kind of random terror advocated by ideologues like Abu Musab al-Suri and Abu Bakr al-Naji. Its purpose is not only to instill fear but to provoke overreaction, pitting the world against Muslims and Muslims against the rest of the world.

That's why the Obama administration and other responsible leaders in the West carefully try to cool off the hype. But at the same time, some counterterror experts warn, if the threat is underplayed, it may not be addressed as effectively as required.

On Tuesday, President Obama told NBC's Matt Lauer on the Today show that despite fear-mongering by presidential candidate Donald Trump, "there are no existential threats facing us."

While that may be true in the largest sense, Obama misses the point, according to a veteran of CIA counterterror analysis and operations, who declined to speak for attribution.

In fact, these global marauders are changing the way we live.

"It spreads like an infection," said the veteran, and the fight against them "is going to go on and on." They might not bring an end to our world, as the nuclear holocaust feared in the Cold War might have done, but they already are bringing to an end the world as we've known it, making us second-guess where we travel, and in some places even how we move around our hometowns.

What has not happened, however, is what the terrorist ideologues predicted: mass support for the jihadi cause.

"You can always pull together a small group for an operation," says Kepel. "But they have been unable to use terrorism as a lightning rod that will show the way for the masses." Their recruits, for the most part, are losers, outcasts, and criminals, and their numbers are relatively small. The much-talked-about European recruits to ISIS, for instance, number in the hundreds or low thousands. And the recent actions of the marauders may make it smaller.

"They can kill people and kill themselves, but they cannot score politically," says Kepel. "They may have bombs all over the world, but is that a sign of strength?"

Perhaps not, but we had better get used to the idea it's a sign of the times.