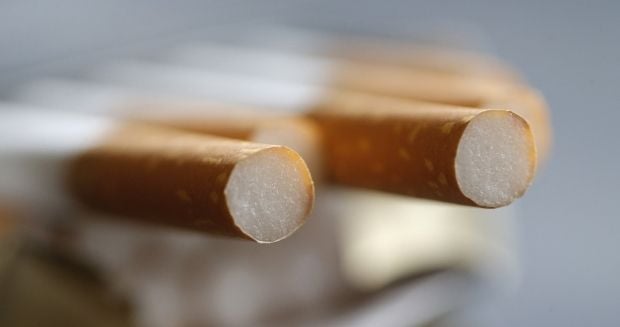 Shops caught selling cigarettes are facing fines of up to 6,900 manats ($1,680; GBP 1,171), according to Chrono-TM, an independent website operating from Vienna. The State Service for Protecting the Security of a Healthy Society previously focused on combating drugs, but has now been raiding shops to enforce the new anti-tobacco policy, the website adds.

The Turkmen government has an absolute monopoly of the media, but sources from within the country have confirmed to the BBC that cigarettes have disappeared from the shelves. This has created a black market in tobacco products, with prices reaching $12 (GBP 8.30) per pack, Chrono-TM says.

The move comes amid a government media campaign discouraging the people of Turkmenistan from lighting up. State television broadcasts frequent reports promoting healthy living, and on Thursday it showed boxes of cigarettes being incinerated. President Gurbanguly Berdymukhamedov himself has featured in TV reports enjoying healthy outdoor activities such as cycling and fishing.

Earlier in January, the president sharply criticized the head of the State Service for Protecting the Security of a Healthy Society for not doing enough to eradicate smoking. The president stripped Atadurdy Osmanov of the military rank of colonel and threatened him with dismissal unless his performance improved.

In 2004, the remote Himalayan kingdom of Bhutan reportedly became the first nation in the world to outlaw all tobacco sales, but contraband from neighboring India has largely undermined the ban.