SpaceX CEO Elon Musk has posted on Instagram a video of a hard landing of the first stage of the Falcon 9 launcher on a floating platform in the Pacific Ocean. 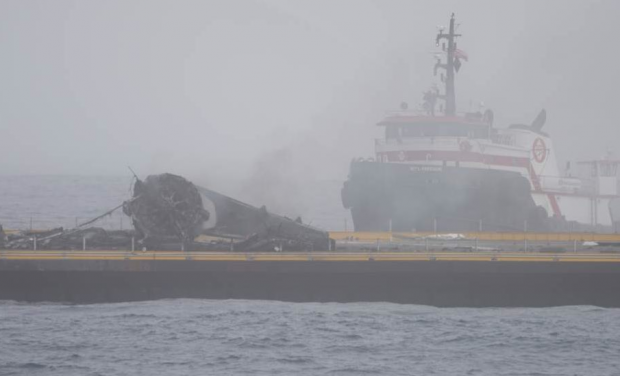 Hard landing of the first stage of Falcon 9 launcher / twitter.com/elonmusk

Musk said that Falcon 9 “tipped over past landing” due to a malfunction of one of the four landing legs.

“Root cause may have been ice buildup due to condensation from heavy fog at liftoff,” said Musk.

The record shows the stage exploding  on impact.

Falcon lands on droneship, but the lockout collet doesn't latch on one the four legs, causing it to tip over post landing. Root cause may have been ice buildup due to condensation from heavy fog at liftoff.

Musk has earlier tweeted a photo of Falcon 9’s first stage after a hard landing.

Well, at least the pieces were bigger this time! Won't be last RUD, but am optimistic about upcoming ship landing. pic.twitter.com/w007TccANJ

Yesterday, the U.S.-based SpaceX launched a $180-million satellite to study sea level rise. However, the company failed to perform successful landing of a booster on a floating platform.