The Guardian: Norway criticised over deportation of asylum seekers to Russia 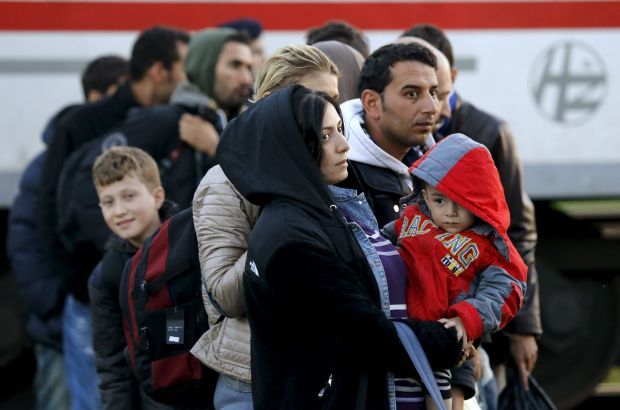 Immigration police confirmed on Tuesday night that a bus carrying 13 single men left the reception centre at Kirkenes for the Russian border at around 6pm. Eight of the men had volunteered to go, police said, The Guardian wrote.

Immigration minister Sylvi Listhaug said the refugees would be taken to the Russian towns of Nikel and Murmansk.

"If Norway is to have a fair asylum policy, we need to send back those who are not entitled to protection," Listhaug told parliament on Tuesday evening. Any refugee with a valid Russian visa would be deported, she said.

Norway’s tough new asylum policy was adopted by a broad majority in parliament last year after more than 5,500 asylum seekers cycled to Norway from Russia through the border at Storskog – a safer and cheaper route than risking a rubber boat in the Mediterranean. Some 30,000 people claimed asylum in Norway in 2015.

However, the UN warned last week that Norway was likely to be in breach of the UN refugee convention.

"They can end up in a no man’s land where they risk freezing to death," Vincent Cochetel, the UN high commissioner for refugees’ regional coordinator in Europe, said last week. "There are large cracks in the Russian asylum system. We believe Norway is wrong to regard Russia as a safe country for people who need protection."

In an unprecedented move by the authorities, refugees were told their applications for asylum had been rejected only a few hours before their planned deportations, giving them no chance to appeal, according to Halvor Frihagen, an asylum lawyer in Oslo.

"I do not know of any similar deportations since the Nazi occupation of Norway during the war, when Jews were arrested and given no opportunity to appeal. It is the most serious situation since that time," Frihagen said, pointing out that Russia had a very poor record on asylum rights.

Public opinion in Noway is divided. Some are afraid that too many refugees are coming to Norway, but others show “huge support for refugees”, Frihagen said.

"The government of the populist right and conservatives wants to make a very clear stance that they do not want too many asylum seekers."

The European court of human rights rejected a last ditch appeal by Frihagen on Tuesday to halt the deportations. A spokesperson said the court did not give explanations for its decisions.

Norway's crackdown on asylum would create "a black market of paperless people," as refugees would get scared and go into hiding, said Ask Ebeltoft, an activist in Trondheim for the group Refugees Welcome in the Arctic.

"It is impossible now to seek asylum in Norway unless you swim here from the Middle East," Ebeltoft said.

Asylum rights groups were particularly worried about people from Balochistan in Pakistan, he said. "It’s a really dangerous area, we are very scared that the Russians will send them back and they will be killed."

Families awaiting deportation in Kirkenes on Tuesday were "very depressed and afraid, especially the Syrians," said Ahmed Isam, 26, a Sudanese student also expecting to be sent back to Russia imminently.

"At first I was afraid, but if I am afraid I will not survive," Isam said, speaking from the immigration police reception centre in Kirkenese on Tuesday night. The police had picked him up from his accommodation in Trondheim at 5am on Monday morning and brought him here, he said.