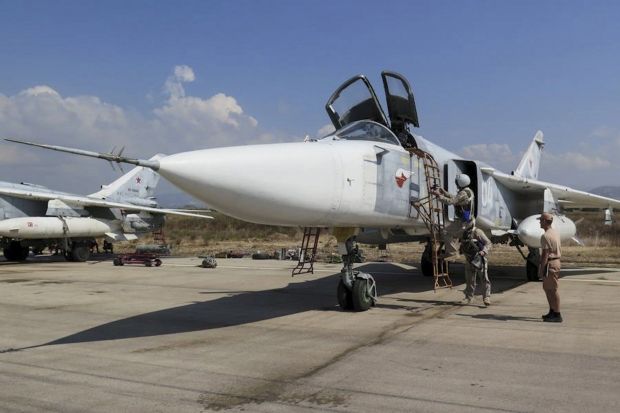 "That has probably given Mr. Assad a stronger hand to play next week, when negotiations toward a political solution to the conflict will begin in Geneva, American officials said," reads the report by The New York Times.

"Russia’s entry into the crowded battlefield had not changed how the American military was proceeding in Syria," Gen Dunford told reporters traveling with him to a meeting of the chiefs of staff of the militaries of NATO countries,

The top military official added that the American-led coalition battling the Islamic State there and in Iraq had made significant gains.

But the general also tacitly acknowledged that reaching a political solution in Syria may be an uphill battle because of Russia’s strengthening of the Assad government.

Read alsoRussian air strikes kill 40 Syrians – Ukraine intelBecause of the Russian airstrikes, General Dunford said, Mr. Assad has “regained some small amounts of ground” and has managed to consolidate control in some areas where his forces had previously been under siege from opposition groups, including some backed by the United States.

General Dunford added that it remained American policy to conduct military operations in Syria separately from Russia. He said that he had spoken twice in recent months with his Russian counterpart, Valery Gerasimov, on a “wide range of issues,” but he added that “we are not doing anything now that is characterized as coordinating” in Syria.

Read alsoAssad may flee to RussiaThe Syrian Observatory for Human Rights said Wednesday that so far, Russian airstrikes had killed 893 Islamic State fighters, but that they had also killed more than 1,000 civilians.