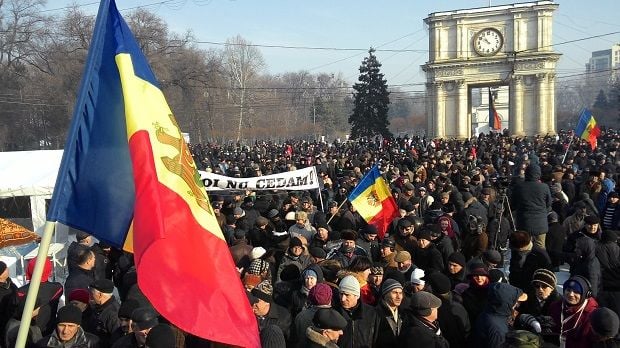 The protest was organized by two pro-Russian parties and a pro-EU anticorruption movement, according to RFE/RL.

A counterrally in support of the government, which was also planned for January 24, has been canceled to avoid possible clashes.

Public anger toward what many Moldovans consider a deeply corrupt political class spiked after the appointment on January 20 of Pavel Filip as prime minister.

A member of the ruling Democratic Party, Filip is perceived by many to be under the control of a controversial oligarch, Vlad Plahotniuc.

But the United States, the European Union, and Moldova's closest ally, EU-member Romania, have said they would work with the new government, and urged it to implement pro-EU reforms, according to the report.

On the eve of the January 24 protest, Moldovan Interior Minister Alexandru Jizdan warned participants to refrain from any violent acts. Jizdan also said police had identified "dozens" of people involved in clashes in Chisinau on January 20, shortly after parliament endorsed Filip's government.