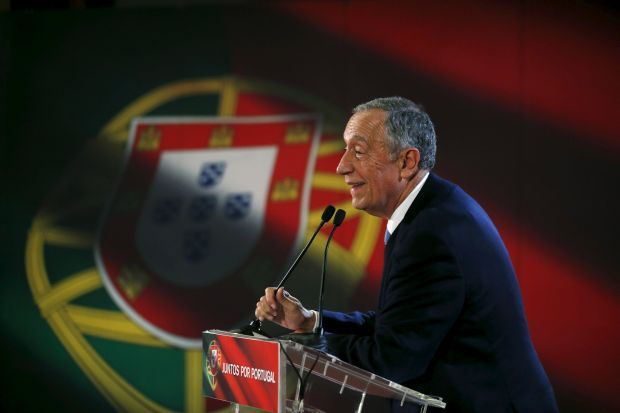 The ballot has been closely watched by Brussels over concerns about Lisbon's handling of bailout rules, DW wrote.

The narrow result allowed the left to oust a center-right administration that had imposed tough austerity rules under international bailout rules established in 2011.

According to updated results late Sunday, based on 98% of constituencies, Rebelo de Sousa had cleared the 50% threshold to avoid a runoff by winning 52.4% of the votes.

Doubt had been cast by an earlier exit poll from public broadcaster Radiotelevisao Portuguesa which suggested he had fallen short of that threshold.

Voter turnout was put at a low 52% after two weeks of campaigning.

Brussels has watched closely to see whether Lisbon will abide by stringent economic measures that unlocked the EUR 78 billion ($85 billion) bailout in 2011.

Rebelo de Sousa previously served as a newspaper editor, a popular media pundit, has been a junior member of government since the 1970s, and is a former member of the European Parliament.