The Syrian army on Monday recaptured from insurgents a strategic town in the southern province of Deraa after fierce fighting, securing its supply routes from the capital to the south, a monitoring group said, according to Reuters. 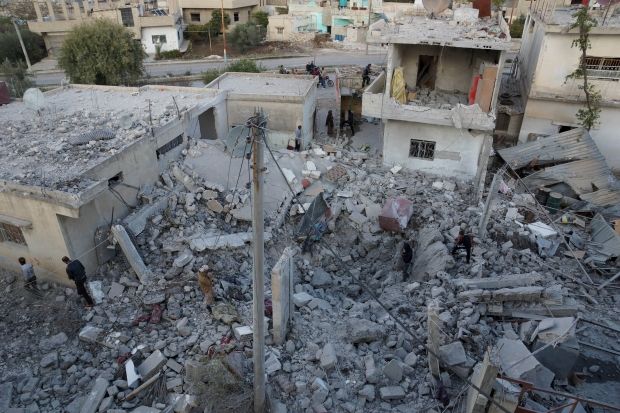 The Syrian Observatory for Human Rights said the fighting is now outside the western parts of the town of Sheikh Maskin, which lies at a crossroads linking the provinces of Suwaida, Quneitra and Damascus to the southern part of the country. It also links eastern and western Deraa, Reuters wrote.

"The town is very important for both sides. They have both fought fiercely. Now by taking it, the regime has cut off the rebels links between eastern and western Deraa," said Rami Abdulrahman, head of the Britain-based Observatory, which tracks the violence in the country through a wide network of local sources.

"The destruction in the town is huge."

The army launched its offensive against insurgents in Sheikh Maskin late last month and was supported by dozens of air strikes carried out by Russian and Syrian warplanes.

Capturing Sheikh Maskin would allow the army to press forward toward al-Harra hill which is the highest point in Deraa.

Southern Syria is the last major stronghold of the mainstream insurgents who have been weakened elsewhere by the ultra-hardline Islamic State group in the east and north, and gains by the Nusra Front, al-Qaeda's wing in Syria, in the northwest.