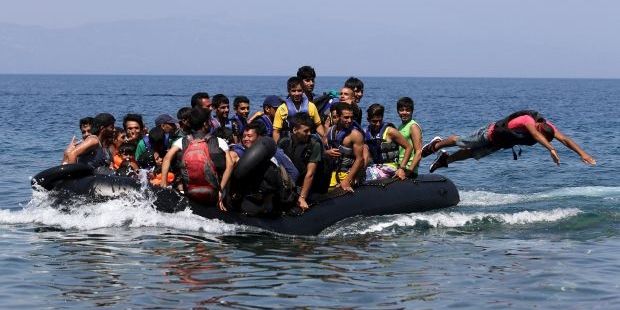 Diederik Samson, leader of the social-democratic PvdA party and a key partner in Prime Minister Mark Rutte's coalition government, said a core group of EU member states were working with the Netherlands in order to hash out a deal, including Germany, Sweden and Austria, DW reports.

If the plan goes ahead, Turkey would accept migrants stranded in Greece in exchange for 250,000 refugees to be relocated across participating member states, directly from Turkey.

In 2015, Greece witnessed more than 800,000 migrants arrive by boat. Many of them had fled their war-torn countries in the Middle East, Asia and Africa. Turkey hosts more than 2.5 million Syrian refugees, according to figures from the UN refugee agency (UNHCR).

"Turkey still has to adapt some laws and improve the situation of Syrian asylum seekers. It has to become a safe country," PvdA leader Samson told the periodical.

The Dutch parliamentarian added that ferries transporting migrants could begin running as early as March or April.

In mid-January, European Council President Donald Tusk warned that the Schengen passport-free travel zone could fail within "two months" if the crisis prompted by the wave of migration was not brought "under control."

More than one million people seeking asylum entered the 28-nation bloc in 2015.