A massive pileup involving dozens of cars and trucks in dense fog killed four people on Saturday and injured 30 on a highway in western Slovenia, police said, according to Global News. 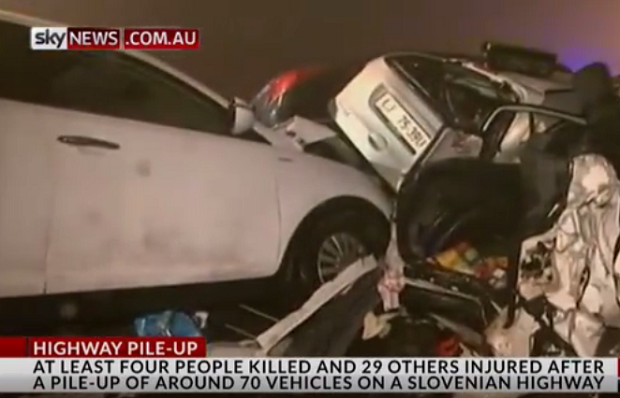 The accident took place on a key motorway connecting the capital of Ljubljana with the Adriatic coast. The area was wrapped in thick fog and police say this was the likely cause of the pileup, Global News reported.

Eyewitness photos published by local online media showed dozens of crumpled cars, some of them lodged under trucks. Police said some 70 various vehicles were caught in the crash near Senozece, some 70 kilometres southwest of Ljubljana.

The motorway remained closed for traffic as emergency crews, firefighters and police struggled to provide help and clear the scene.

State STA news agency said the pileup was one of the biggest ever in the small EU country.