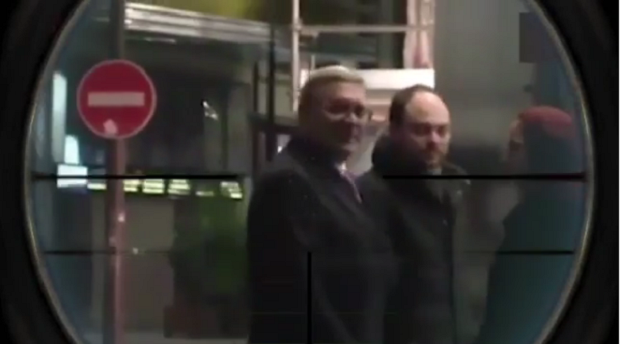 "Kasyanov came to Strasbourg for money for the Russian opposition. Those who don't get the point, they will," reads the description to the video.

Vladimir Kara-Murza, a journalist and member of the Parnas party, was also present on the video.

The full version of the video was published by LifeNews on January 26. The original recording said that the video had been sent through a mobile application.

Earlier, Kadyrov's aide and Chairman of the Parliament of the Chechen Republic Magomed Daudov posted a photo of Kadyrov with his shepherd dog named Tarzan and threatened representatives of the Russian opposition. He also published a post in which he accused the Russian opposition of inciting ethnic hatred.

At a meeting with journalists on the eve of the Press Day in Grozny, Kadyrov said that the non-systemic opposition must be treated as enemies of the people and traitors.