In Lisbon, Portugal, President Victor Yushchenko met tête-à-tête with the President of the Portuguese Republic Aníbal Cavaco Silva, according to the President`s press-office.

At his joint press availability with the Portuguese leader after the meeting President Yushchenko informed that with President Sliva they had discussed trade-economic, humanitarian, social cooperation between Ukraine and Portugal, as well as aspects of Ukraine’s European and Euro-Atlantic integration. 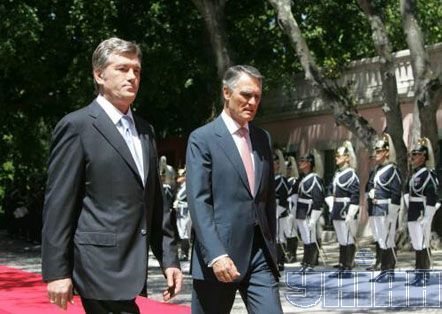 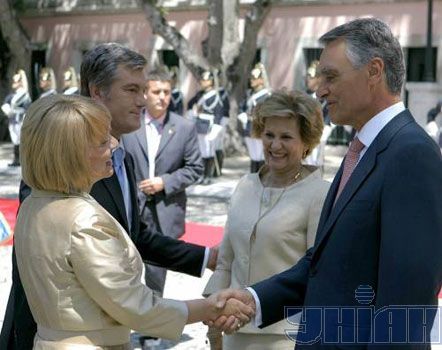 “Our relations are dynamic and we have a very good history of these relations in political, humanitarian and economic contexts”, - stressed Victor Yushchenko, reminding that within the framework of this visit Ukraine and Portugale are about to sign a Roadmap for their relations in 2008-2010. 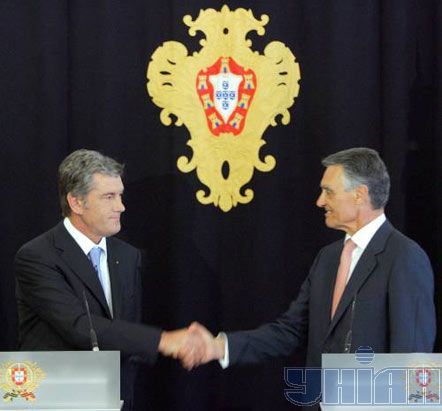 From his part President Silva stressed assurance that President Yushchenko’s visit to Portugal would favor deepening of cooperation between our countries as there is much unrealized potential in it. 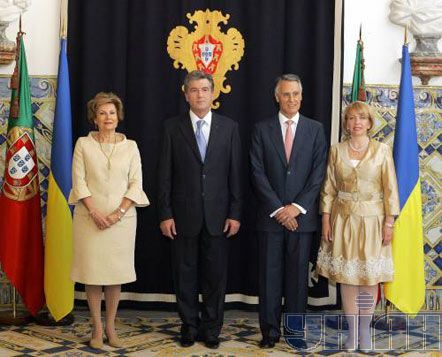 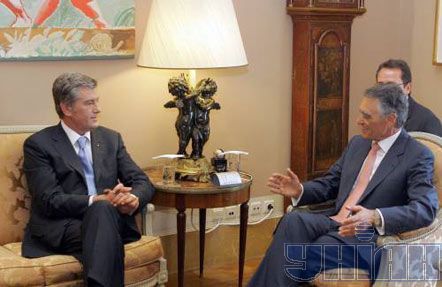