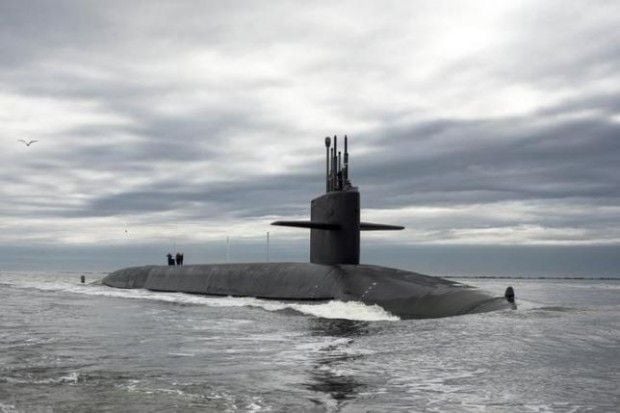 "The plan also shifts the Navy's strategy for a new carrier-based unmanned drone to focus more on intelligence-gathering and refueling than combat strike missions, said the sources, who were not authorized to discuss it publicly before the budget's release," Reuters journalist Andrea Shalal wrote in an exclusive material titled "Exclusive: U.S. budget plan includes over $13 billion for new submarine – sources" on Tuesday, February 2.

U.S. Defense Secretary Ash Carter plans to map out his spending priorities for the $583 billion 2017 defense budget on Tuesday ahead of the official budget release on February 9.

The Pentagon's plan will also underscore the need to fund all three legs of the U.S. strategic deterrent "triad" ‒a new Air Force bomber, a replacement for the Ohio-class submarines that carry nuclear weapons, and new nuclear-armed intercontinental ballistic missiles, said one of the sources.

The Navy's proposed fiscal 2017 budget will fund procurement of materials for the new submarines that take a long time to acquire, with funding for construction of the first full new submarine to follow in fiscal 2021, said one of the sources.

Over the next five years, the Navy would spend over $4 billion on research and development of the new submarines, plus over $9 billion in procurement funding, the sources said.

General Dynamics Corp (GD.N) has the lead role on the new submarine to replace the current Ohio-class of submarines, together with Huntington Ingalls Industries Inc (HII.N).

Boeing would receive well over $1 billion in new aircraft orders as it seeks to extend production at the company's St. Louis facility. The Navy will request funding for two Boeing F/A-18E/F Super Hornets as part of the fiscal 2017 war budget, and 14 in the fiscal 2018 budget, said one of the sources.

Navy officials also will likely add a request for 12 more Boeing Super Hornets to their annual list of "unfunded priorities" for fiscal 2017, said one of the sources.

Those moves are aimed at filling a shortfall in the number of strike fighters available on aircraft carriers, given delays in the LockheedF-35 fighter jet program and longer-than-expected repair times for current Boeing F/A-18 jets.

The five-year budget plan calls for Lockheed to sell a total of 161 F-35 fighter jets to the Navy and Marine Corps - 64 C-model jets that take off and land on aircraft carriers and 97 B-model jets, which can take off from shorter runways and land like a helicopter, according to one of the sources.

The proposal also narrows the mission of a new drone to be built by the U.S. Navy, the sources said.

To reflect the change, the Navy plans to rename the new drone program the Carrier-Based Air Refueling System, or CBARS, instead of the Unmanned Carrier-Launched Airborne Surveillance and Strike (UCLASS) program, said one of the sources.

The drones would have an initial limited strike capability, but more could be added in coming years, the sources said.

Boeing, Lockheed, Northrop Grumman Corp (NOC.N), which makes the unmanned, unarmed X-47B plane that has been tested on U.S. carriers, and privately held General Atomics spent tens of millions of dollars to prepare for the previous tender.

But the program was put on hold in 2014 pending a Pentagon-wide review of intelligence and surveillance programs.