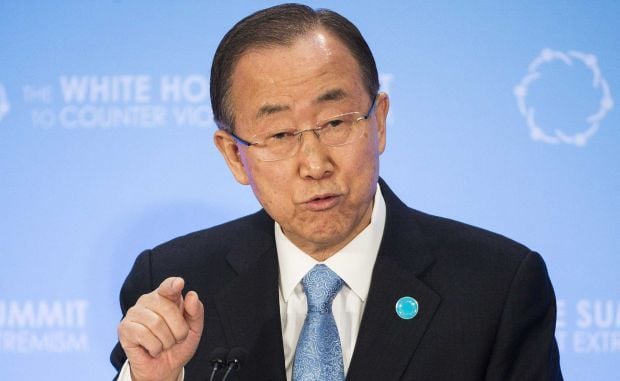 "As soon as the [Geneva] meeting was convened, aerial bombing continued and the ground operation started in Aleppo," Mr. Ban said in an interview with the Financial Times in London. "It was extremely difficult for Staffan de Mistura [UN envoy for Syria] to continue at this time."

In carefully chosen words, Mr. Ban warned that Russia and Syria were not being "faithful" in implementing UN Security Council Resolution 2254 adopted in December. The resolution, passed by unanimous vote, called for an end to indiscriminate bombing of civilians and measures to implement a nationwide ceasefire.

"It is one of the very few resolutions adopted by the security council during the past few years [on Syria] but it is a substantively important and comprehensive one," said Mr. Ban.

Russia's increased military support for the Assad regime has "impacted very negatively," on the process the security council resolution set in train, according to Mr. Ban. "Our priority was to have confidence-building measures — we could have agreed a ceasefire nationwide or at least some local ceasefires so they could give some sense of hope to people [and negotiations]."

"Continuing aerial bombing — while it is legitimate to attack and defeat Isis and terrorist groups — has also caused a lot of civilian killings, [destruction] of civilian facilities. Extreme care should have been given particularly now the negotiations have started."

"But rather than discussing these matters, all these petty procedural issues came out — such as who has to be invited or not — raised by the Syrian government."