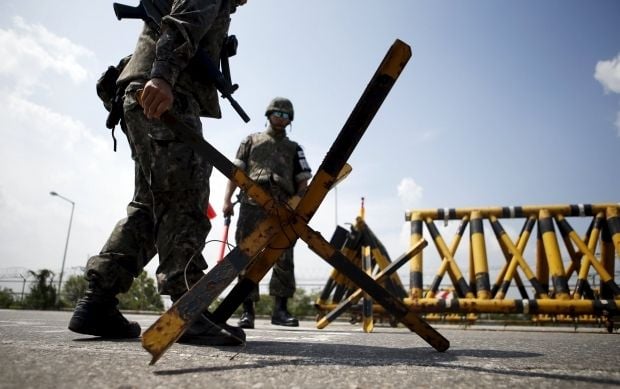 The North's patrol boat trespassed across the maritime border in the Yellow Sea, widely known as the Northern Limit Line (NLL), earlier in the day, and it retreated northward as the South's military fired warning shots, according to the official, Yonhap News Agency reported.

On Sunday, the North launched a long-range rocket carrying what it called an Earth observation satellite, inviting strong international condemnation.