NATO to set up 40,000-strong rapid response spearhead forces at its eastern borders 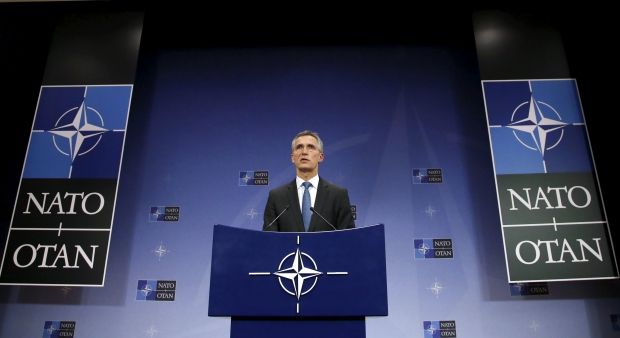 Russia “invested heavily in defense over many years,” said Stoltenberg, according to the NATO website.

The NATO chief stressed that this is “Russia which is conducting a wide range of military exercises including many snap exercises, un-notified exercises, and Russia which has shown the will not only to exercise its military force but also to use military force, to intimidate neighbors and to change borders in Europe as we have seen in Ukraine and in Georgia.

The NATO Secretary General said that 40,000-strong rapid response spearhead forces will be deployed at the eastern borders of the Alliance with a required 48-hour response time.

Read alsoThe Local: Russia carried out practice nuclear strike against SwedenReminding of Russian military jets’ violations of the airspace of Turkey and the Baltic states which are NATO member states, Stoltenberg said that NATO is enhancing its presence in Lithuania and Turkey, including with air and maritime forces of the U.S. Army.