The Guardian: UK to send five ships to Baltic as part of NATO buildup against Russia

The UK is to send five extra ships to the Baltic as part of a NATO buildup against Russia, according to The Guardian. 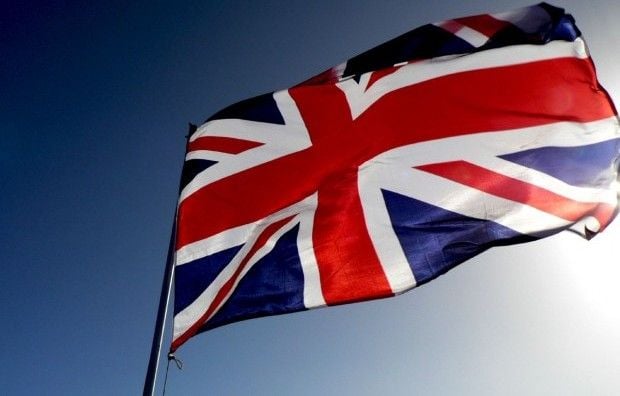 A sizeable contingent of British troops are also likely to contribute to a new NATO force of up to 6,000 to be stationed on a rotational basis in six countries bordering Russia, The Guardian wrote.

A decision on troop numbers is expected to be taken at the NATO summit in Warsaw in the summer. The eastern European countries – Poland, Bulgaria, Romania, Latvia, Lithuania and Estonia – have been pressing for boots on the ground from the US, Britain and Germany, in the belief that their presence would act as a deterrent to Russia.

The naval deployment and the expected troop contributions are part of what NATO describes as a more muscular approach to Russian president Vladimir Putin.

After years of steady military withdrawal from Europe since the end of the cold war, the US last week announced a quadrupling of military spending to $3.4 billion to increase its presence in Europe as a counter to Russia.

The UK contribution, though modest by comparison, is still significant given the extent to which the navy has been reduced after years of cutbacks.

The UK defence secretary, Michael Fallon, who is scheduled to attend a two-day NATO meeting on Wednesday in Brussels with an agenda dominated by Russia, announced that the UK is to contribute to a permanent NATO naval force for the first time since 2010.

Fallon said: "Increasing our NATO deployments sends a strong message to our enemies that we are ready to respond to any threat and defend our allies. 2016 will see a particular focus on the Baltic region."

The growing NATO presence in the Baltic States is intended to deter Russia from repeating in the region the kind of intervention seen in Ukraine, NATO says.

It has come off second best against Russia in Ukraine, failing to prevent the loss of Crimea, and has been wrong-footed too by Russia's surprise intervention in Syria.

The UK, which already has planes operating in the Baltic states and regularly sends troops to the region on training exercises, is to deploy a Type 23 Frigate – HMS Iron Duke – with the NATO force in the Baltic, as well as a Type-45 destroyer and three minesweepers, with, in all, 530 naval personnel.

US defence secretary Ash Carter is to brief other NATO defence ministers on the details of American plans for Europe, with about half of the $3.4 billion to be spent on pre-positioning of tanks, artillery and other equipment in western Europe – because of its better transport network – for fast deployment to eastern Europe if need be.

NATO has an agreement with Russia not to deploy permanent troops along its border but it is getting around this by having troops training in eastern Europe on a rotational basis, which is almost the same as having them based there permanently.

The US ambassador to NATO, Douglas Lute, described the new American posture of prepositioning heavy equipment in western Europe as "modern deterrence" or "21st century deterrence", a flexible, rapid-reaction force in contrast with the heavy, fixed force that existed during the cold war.

He rejected media criticism that the US move is provocative. "NATO has not invaded anyone recently," he said.

As well as expressing concern about Russia in Ukraine and the Baltics, NATO also warned about the dangers posed by violations of the air space of a member of NATO, Turkey, by Russian planes flying in Syria.

NATO secretary-general Jens Stoltenberg said that Russian intervention in Syria was undermining efforts to bring about a peace process in Syria. "The intense Russian airstrikes, mainly against opposition forces, are undermining these efforts," he said. "They are driving tens of thousands of people to Turkey's border.

"Overall, the substantial Russian military buildup in Syria and the eastern Mediterranean is shifting the strategic balance and raising tensions in the region."