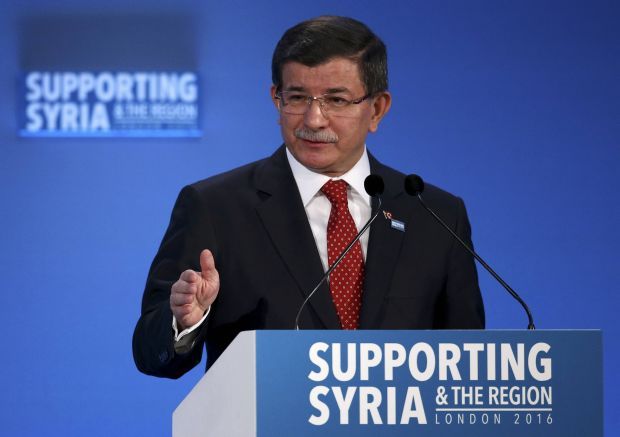 The civil war in Syria has killed more than 250,000 people and forced millions to flee their homes since it began in 2011. In recent days a Russian-backed Syrian government offensive around the city of Aleppo has sent tens of thousands of people fleeing to the Turkish border, The National wrote.

Turkey has taken in some three million refugees – including more than 2.6 million Syrians – making it the country with the world's largest refugee population. Turkey has not, however, allowed the latest wave of refugees in, providing them instead with assistance at displaced persons camps on the Syrian side of the border.

That prompted the U.N. refugee agency UNHCR to call on Turkey to admit "all civilians who are fleeing danger and seeking international protection."

Turkish prime minister Ahmet Davutoglu yesterday called the U.N. Security Council and the international community "two-faced" for demanding that Turkey open its borders while not moving "a finger to solve the Syrian crisis" or to stop the Russian bombings.

Davutoglu also said the Syrian and Russian military operations were an attempt to drive out people who do not support the government of Syrian president Bashar Assad. By taking in the refugees that have fled Aleppo, he said Turkey would be indirectly contributing to what he called Syria's "ethnic cleansing."

"With every refugee that we accept, in a way, we would be contributing to this ethnic cleansing aim," Davutoglu said. "If this is a strategy to change the demography in Syria, then we all have to be vigilant against it."

In Ankara, Turkish president Recep Tayyip Erdogan said the U.N. had sent $455 million (GBP 314 million) to Turkey to help with refugees compared to $10 billion (GBP 7 billion) that Turkey had spent on the refugees since 2011.